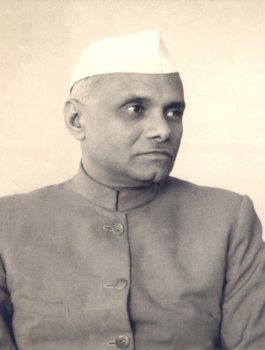 Career: Started his career as a member of the research team (1942-44), directed by the late Dr. S.S. Bhatnagar, in the Industrial Research Bureau and subsequently joined the Council of Scientific & Industrial Research (CSIR). In 1945, the Governing Body of CSIR entrusted to him the responsibility of organizing the newly started Central Glass & Ceramic Research Institute. After holding successively the positions of Officer-in-Charge and Joint Director(1945-49 and1949-52) Dr. Atma Ram was appointed Director of the Institute in 1952.Dr. Atma Ram was appointed Director-General, Council of Scientific & Industrial Research (CSIR) on August 22, 1966. Chairman, National College of Science and Technology (NCST), 1977; Principal Advisor, Prime Minister and Union Cabinet on Science and Technology, 1977-83.

Notable Contribution: Under his inspiring leadership, the Institute has established the entirely indigenous technology of producing optical glass in India and produced optical glass since 1960 in quantities sufficient to meet the entire requirements of the country. Of the many contributions the Institute made under his initiative and guidance to the Indian Technology, mention may be made of the production of foam glass and selenium-free red glass, utilization of waste mica for manufacture of insulating bricks, and a technique for wet grinding of mica. On the fundamental side, investigations on the constitution of glass and the origin of colour in copper-red glass are noteworthy. He contributed over 200 original research papers in professional journals and also filed 31 patents.