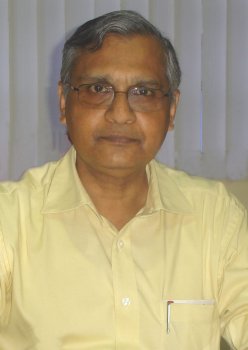 Career: Joined as a Lecturer in Materials Science Centre, IIT, Kharagpur, 1974. In the year 1979 he became Asst. Professor in IIT Kharagpur, 1979. During his 13 years tenure at IIT, Kharagpur he played a very important role in the introduction and development of the post-graduate curriculam in Ceramics as a part of Materials Science Programmed. He also engaged in basic as well as applied research in advanced ceramics particularly related to the electrical properties of glass & ceramic materials. He moved to Central Glass & Ceramic Research Institute and joined as Scientist �EII and Head, Electro-ceramics Group in January, 1987. He became Director, CGCRI, January 25,1999.

Notable Contribution: His inspiring leadership with tireless efforts, motivation and dedication CGCRI has earned the name �Centre of Excellence� in all respect. Under his iniative and guidance signing of collaborative agreements with a number of renowned private industries including Tata Refractories Ltd., Belpahar; Network Systems Technology (NeST), Cochin; Optiware Photonics Ltd., Hyderabad in a single year in a new milestone in the history of CGCRI. He has made significant R&D contribution in the area of electro-ceramics in general and ceramic capacitors in particular; gas sensors; high Tc superconductor and solid oxide fuel cell. He has also made significant contribution in developing the area of ceramics membrane and optical fibre activity as a major programmed of the Institute. He has supervised 15 Ph.D theses; published more than 140 research and review papers in national and international journals(SCI) of repute. Filed 67 patents.